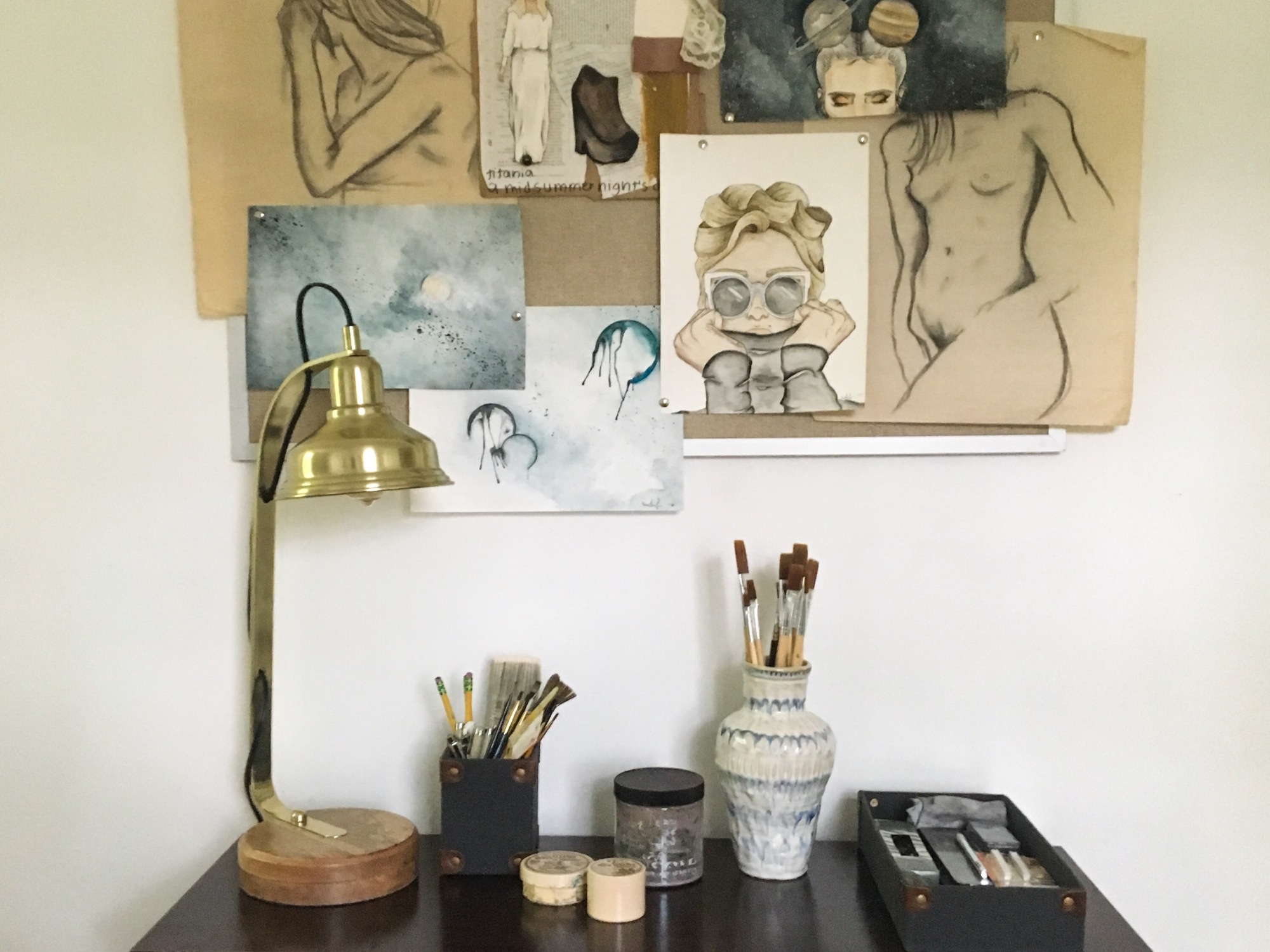 So I’ve taken a bit of a hiatus to take care of some bullshit, most of which has surrounded moving. You know, carrying piece-by-piece every thing I own over to my new place almost entirely by myself because I am a strong independent woman who is stubborn as fuck and far too proud to ask for help, assembling enough furniture that I could probably build a spaceship if it came in a box with an Allen wrench, and yelling at various companies over the phone for managing to fuck up whatever service it was I needed from them. But for the most part it is all behind me! Sonny and I have a beautiful new apartment that is steadily becoming the home of my dreams with each new trip to HomeGoods. And best yet, I now have a studio. A space I can dedicate fully to being creative and making the work I want to.

I originally went to school for painting and drawing. It never occurred to me to pursue anything else. I wasn’t one of those juniors in high school frantically figuring out if accounting or economics was my calling. I just knew. So I packed up and headed to one of the most prestigious art schools on the planet with canvas in tow. And it was there- struggling to pay the price tag of being at such an impressive institution- that I was told that we’d all end up being waitresses anyway. So I left (for many other reasons as well), coming home to figure out how to make a career out of what I love to do. I turned to many different avenues, and if you’ve followed me long enough, you’ve seen that I do it all. But it has occurred to me lately, having been a barista for the last seven years, that I am doing exactly what art school said I would. Working a job that is nothing but a job, so that I can pursue what I want to in my free time. So with a new studio and a fire up my ass, I’m going to do what 16 year old me wanted to always do: just make fine art. I’ve been turning to illustration over the last year as a way to flex my creative muscle, but I miss the days of sitting in a bare studio for hours on end in silence, getting lost in drawing nude models and still lifes. So here’s my very own private work space, where I can do just that. Please note that it will only look like this for approximately 2 hours after this post is up, before it is completely trashed. But at least it’s pretty for the pictures! 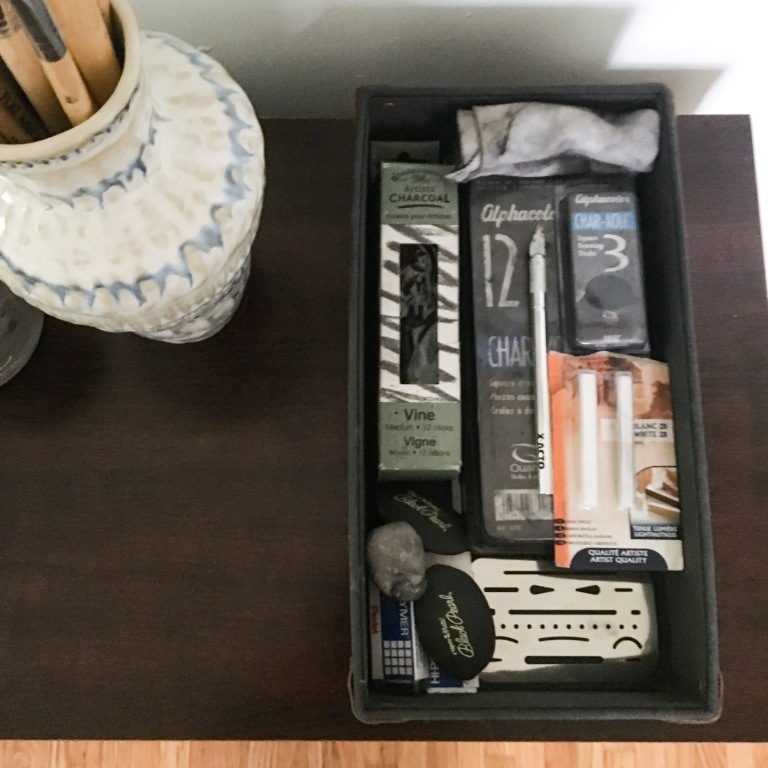